Good Friday morning, friends!! Well, this is my niece Bailey's surprise that I mentioned to you in an earlier post. Bailey is 13, and loves horses. Last year, she started competing in horse shows. She does trail rides, barrel racing, and several other things that I don't understand, not being a "horse" person myself. I do enjoy the beauty of these animals, especially when they are on THEIR side of the fence/gate. What I do know, is that we went to a rodeo last weekend to watch Bailey ride, and we did have a good time. However, we sat for 3 hours to watch her ride a total of 17.6 seconds. That was her time for the race, which was competetive with riders who've been barrel racing for many years, and she was the youngest in the competetion. Many have assured us that she will be AWESOME in a few years. I think she's pretty awesome now! Let me tell ya, though, that you haven't lived until you've seen a group of local yocals rope, saddle and ride a wild cow!! Anyway, back to the surprise! My BIL, Jim went out to feed the horse while Bailey was away at camp, and my sister said that he came in with this bewildered look on his face, insisting that she come look to make sure he wasn't seeing things. My sister and the family had no idea that Honey was expecting a colt, or that she'd even been exposed for that matter. There was some mention that Honey had put on some weight over the winter, but it just wasn't that evident. It was decided that while Honey had spent some time at a local trainers last Fall that she must have gotten a little more than training, because she was the only horse on the place until a couple of months ago!!! When they called Bailey to tell her, she didn't believe them at all, and I don't think she really did until she saw for herself.
This picture was Honey's response when I asked her what she thought of childbirth! 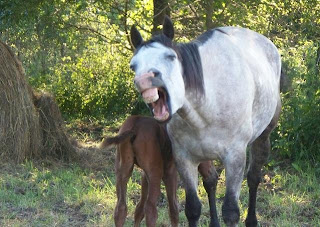 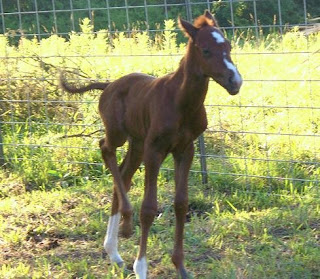 This is ??????? to my knowledge he still doesn't have a name. He was two days old when I took these pictures. Any suggestions you have for a name, I will pass along to Bailey. 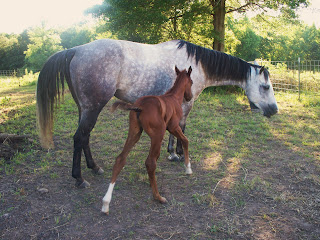 This would be the south end of a north bound colt. 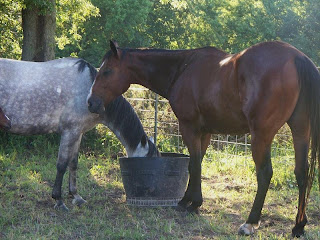 This is the newly trained barrel racing horse, Whoozie! Geez! What a name!! 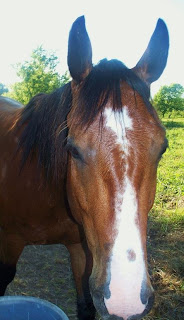 He is kinda pretty, though. If you didn't know better you'd think the colt was his, but much to Whoozie's dismay, he is a gelding. 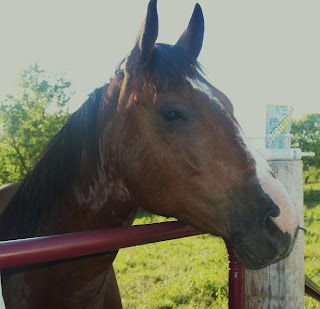 I think this is an awesome picture, but where'd the Subway cup come from????

Thanks so much for dropping in for the little surprise. I'm feverishly working on cards, and will have one to share with you tomorrow for the SNSS Sweet Stop Challenge! See you tomorrow!!
Love Ya!

Thanks for sharing Lorie! What an adorable animal!

Hmm.. the subway cup? Perhaps there should be a caption underneath.....

How FUNNY!!! I had the same experience once. It is a shocker.
I think the obvious name would be "Honey's Surprise" but "Bailey"s Surprise" would be my next choice. ms.cheryl

hahahah!! Love these pictures, thanks for sharing.

Great pictures! What a surprise, indeed!

What a wonderful story!!
Hmmm, how about 'Subway'? LOL

What a beautiful colt! Quite a surprise indeed! The first name I thought of was "What the ...!" then "Gotcha!". But I think your BIL's "bewildered" look on his face says it all! Wonderful story and pics. Thanks for sharing!

how sweet thanks for sharing the pix I just love them!